Located in the Stonebridge Town Centre

Home » What's New » Our Amazing Ability to See in the Dark

Something wakes you up in the middle of the night, or maybe you're looking for a light switch or door handle or phone in a room with the lights off. It's happened to all of us. You need several moments to get used to the dark and then objects in the room begin to re-appear. This process, ''dark adaptation,'' causes our eyes to adjust to the dark.

In order for night vision and dark adaptation to happen, several physiological, neurological and biochemical mechanisms have to take place behind the scenes. How does it actually happen? Let's start by exploring the eye and its complex anatomy. The human eye has, in addition to other cells, two kinds of cells: cones and rods, on the retina at the back of the eye. Together they make up the sensory layer. This is the part that helps the eye pick up colors and light. The rod and cone cells are distributed evenly throughout your entire retina, save for the small area known as the fovea. It is made up of only cone cells, and its main function involves creating a focused image. What's the difference between rods and cones? Basically, cones help us perceive color and detail, and rod cells are sensitive to light and detect movement.

Considering these facts, if you're trying to find something in the dark, like the edge of the last stair in a dark basement, instead of focusing right on it, try to look just beside it. Since there no rods in the fovea, you'll see better if you avoid using it when it's dim.

In addition to this, the pupils, the black circles in the middle of your eyes, dilate in response to darkness. The pupil reaches its maximum size in less than a minute but dark adaptation keeps improving over approximately 30 minutes.

Here's an example of dark adaptation: if you leave a bright area and enter a dim one, for instance, walking inside after sitting in the sun. Despite the fact that your eyes require a few noticeable moments to adapt to the dark, you'll always be able to re-adapt upon your return to bright light, but then the dark adaptation process will have to begin from scratch if you go back into the dark.

This is one reason behind why many people don't like to drive when it's dark. If you look directly at the lights of a car heading toward you, you may find yourself briefly blinded, until you pass them and your eyes readjust to the night light. A helpful way to avoid this is to avoid looking right at the car's lights, and instead, try to allow peripheral vision to guide you.

There are several things that could contribute to difficulty seeing in the dark, including: not getting enough Vitamin A in your diet, macular degeneration, cataracts, glaucoma, and others. Should you begin to suspect difficulty with night vision, call to make an appointment with one of our eye care professionals who will be able to get to the root of the problem. 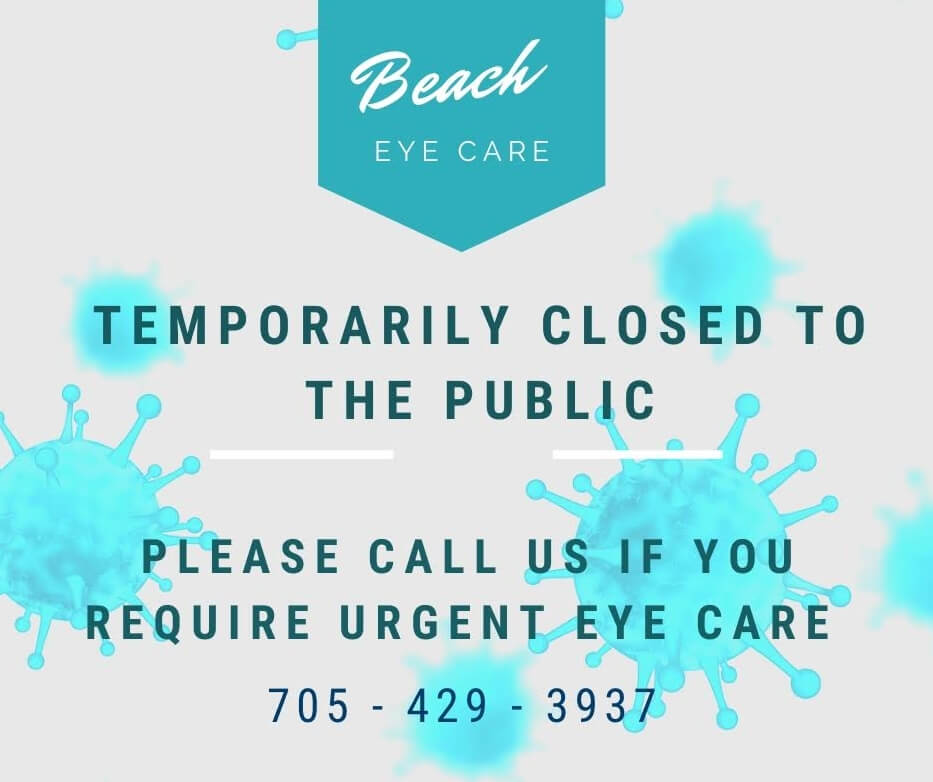 Due to the ongoing medical situation, we will be offering URGENT EYE CARE ONLY. We would like patients that are unsure if they have an urgent eye care need to please call our office as we are ready to assist them in coordinating their care.

For anyone that has already ordered glasses, we will be in touch with them to arrange for a private appointment to pick them up or will have them delivered to their home.